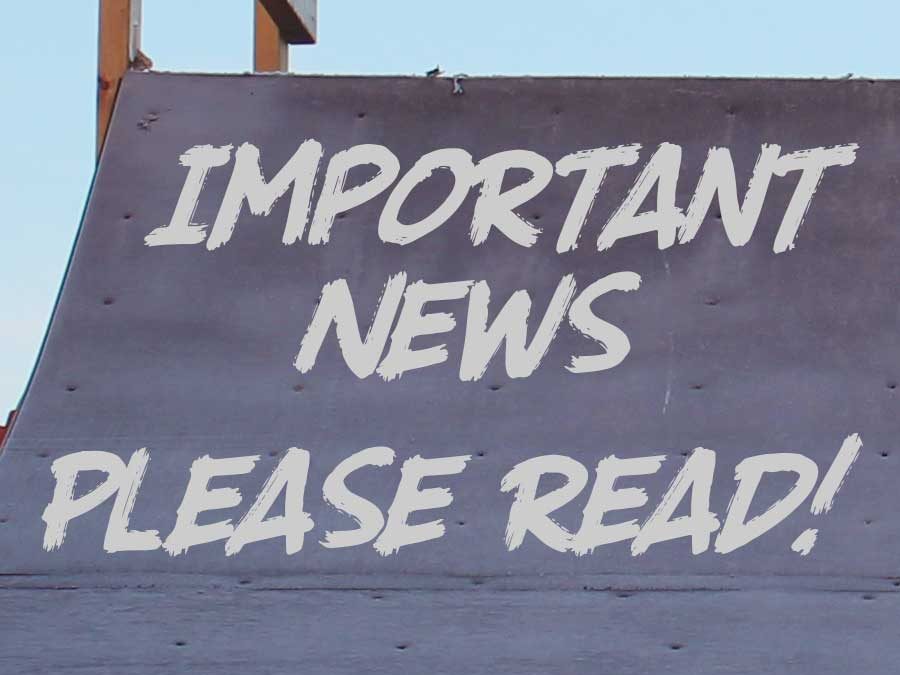 Our insurers are now insisting that all users of the Skatepark must have completed a contact and disclaimer form before using the park.

This includes children under 16, whose parents must sign on their behalf.

Forms are also available in the park or by post on request. Please get your form filled in, signed and back to us as soon as possible.

Unfortunately, NO FORM means NO ENTRY…

Note: The details of anyone who has completed a 16+ disclaimer in the past year will have beeen transferred to our new database – just check that we have your name when you are next in the park.

Thanks for your help!